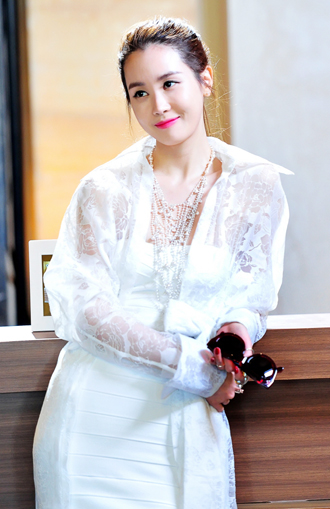 The image depicts the 29-year-old actress posing in the lobby of a resort in Gangwon, where most of the series was filmed.

In the drama, Lee will play the naughty heiress of a hotel tycoon. Joining her is actor Lee Dong-wook, who starred with Lee in the 2005 drama “My Girl.”

Lim Seul-ong of the ballad group 2AM will also star in the drama, as a member of the hotel staff.