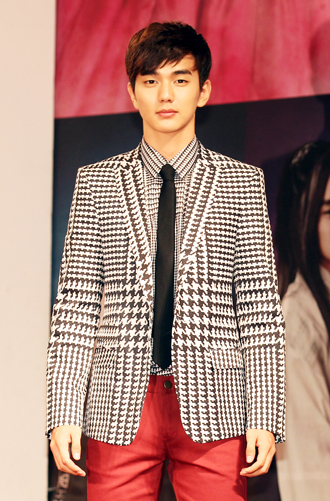 The SBS morning show “Good Morning” yesterday offered a teaser clip of Yoo Seung-ho’s life in the Army, ahead of the video’s full release, slated for March 24.

The clip featured the 20-year-old actor pushing the wheelchair of Korean War veteran Han Dong-soo, who fought in the Battle of Yeongcheon in September 1950.

After launching his career at the age of 7 in television dramas, Yoo rose to prominence in the 2002 film “The Way Home,” where he played a young boy forced to spend the summer with his mute grandmother in the countryside.

The low-budget film became a surprise hit, with more than 4 million admissions and turned Yoo into Korea’s most beloved younger brother.

Yoo surprised Korea again last year when he quietly enlisted in the Army - most big celebrities in Korea wait until their late 20s to do their mandatory military service.

Yoo will reportedly finish his service on Dec. 4.