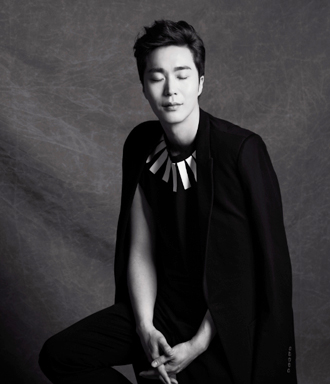 The photo featured the 37-year-old singer sitting on a stool, as if to feel the fresh breeze of the wind.

“We tried to convey his sophisticated look through the photo. As he has been quite passionate for his new album, we hope fans would be satisfied with his new song,” said his agency, Poom Entertainment, to local media on Wednesday.

Jo’s fans welcomed the news about his comeback because he has worked only on several soundtracks for television drama during the past few years.

The singer debuted in 1998 with “To Heaven” and rose to fame as the most popular ballad singer that year. Jo’s third full-length album, “Let Me Love,” sold more than one million copies in Korea, which won him the “Singer of the Year” award from the Seoul Music Awards in 2000.

His agency announced that the new mini-album will be released on Monday.