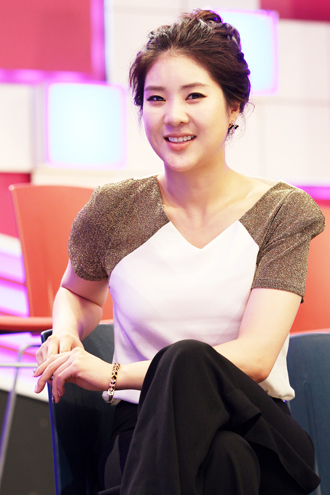 Comedian Kang Yu-mi will debut as a TV writer for tvN’s “SNL Korea,” a Korean version of the late-night comedy show “Saturday Night Live,” according to local media yesterday.

“Kang has been part of the crew since the second episode of season five. She gave out some great ideas about the show and is a talented writer as well,” said an official from the broadcaster, tvN, yesterday.

Local reports said Kang, who has been a regular in the audience at SNL Korea, expressed that she wanted to be a writer on the program.

They also said a previous episode, which did a successful parody of a hit SBS drama “My Love From the Star,” was initiated by Kim.

Having debuted in 2004 through an open recruitment at KBS, the 30-year-old comedian has appeared as a regular on KBS comedy show “Gag Concert” and tvN’s comedy show “Comedy Big League.”