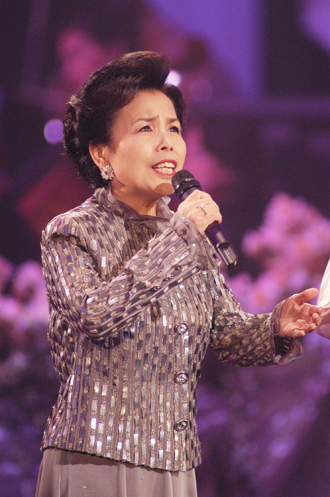 Legendary Korean pop singer Lee Mi-ja will launch a nationwide concert tour to celebrate the 55th anniversary of her debut.

According to Ticketlink, a major online ticketing website, the 73-year-old singer will start her performances in Seoul on May 10. After that, Lee plans to sing in Gangwon, Jeolla, Chungcheong and Gyeongsang provinces until her tour ends in late June.

“I thank all my fans who have supported me throughout my 55-year journey. I cannot even count the songs I have recorded and performed on stage,” said the veteran to the local media.

Her repertoire for the coming tour will feature Lee playing her hit singles from the 1950s with an orchestral arrangement.

Having debuted in 1959, Lee has released more than 500 records and is considered one of the great singers of the postwar era.

“I believe my songs evoke a sense of nostalgia for people. I can’t wait to meet my fans waiting for me on the stage,” Lee told the Ilgan Sports, an affiliate of the Korea JoongAng Daily.

Lee’s Seoul concerts will be held at the Sejong Center for the Performing Arts, central Seoul, from May 10 to 12.