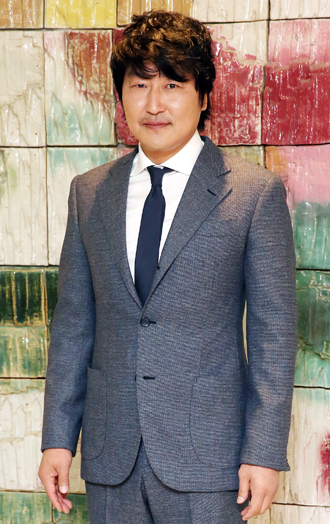 One of Korea’s top actors Song Kang-ho is teaming up with filmmaker Lee Joon-ik for the costume drama “Sado.”

According to industry insiders yesterday, Song will play King Yeongjo (1694-1776), the complex ruler who, while trying to reform the Korean government, ended up ordering his own son Sado to be locked in a rice chest for eight days, where he starved. Throughout the years, the story about the prince’s tragic death has inspired many creators to come up with novels, dramas and films.

The news of the team-up between Song and Lee surprised many movie observers because both are considered huge names in the local industry. Song starred in three of the biggest hits last year alone - “Snowpiercer, “The Attorney” and “Face Reader” - as well as the most successful Korean film of all time, “The Host” (2006).

Lee directed “The King and the Clown” (2005), which was also one of the biggest movies ever in Korea.

As soon as Lee completes casting, he will be ready to begin filming.