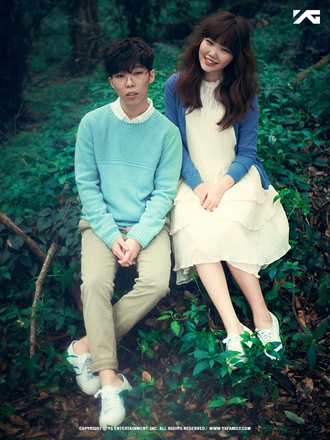 “200%,” which is one of the album’s double-lead tracks, took the No. 1 spot in Melon, Mnet, Bugs, Olleh Music, Naver Music and Genie. Other enlisted songs such as “Melted,” the other lead track, “Give Love,” “On The Subway” and “Artificial Grass” were all ranked in the top 10 list as well.

The album’s jacket image and the teaser video feature the Korean siblings who were raised in Mongolia dressed in a matching white outfit while posing in front of green fields and forests. It was intended to show the duo’s “pure” and “mystical” image, according to its agency YG Entertainment.

Meanwhile, Akdong Musician or AKMU gave their first live performance of “Melted,” on Sunday during the airing of “K-Pop Star 3.”

Each of the 11 tracks in the album was written and composed by Lee Chan-hyuk, the elder brother, who also participated in arranging the two lead-off tracks.