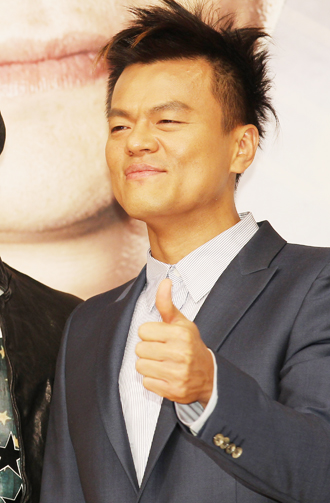 Singer-producer Park Jin-young, who is also a founder of one of the nation’s largest entertainment companies, JYP, has topped the royalty rank for three consecutive years now, according to the Korea Music Copyright Association yesterday.

The statistic released by the association revealed that in 2013 Park was the top royalty earner for songs he has created.

The exact amounts are not revealed, but industry insiders predict it adds up to about 1 billion won.

Park has produced for K-pop groups like Wonder Girls, 2PM, 2AM, Miss A and Got7 and also composed and wrote countless songs for their albums.

He has also reportedly produced nearly 50 songs that ranked No. 1 in the local music charts.

For more information about his compositions visit the association’s website, www.komca.or.kr.