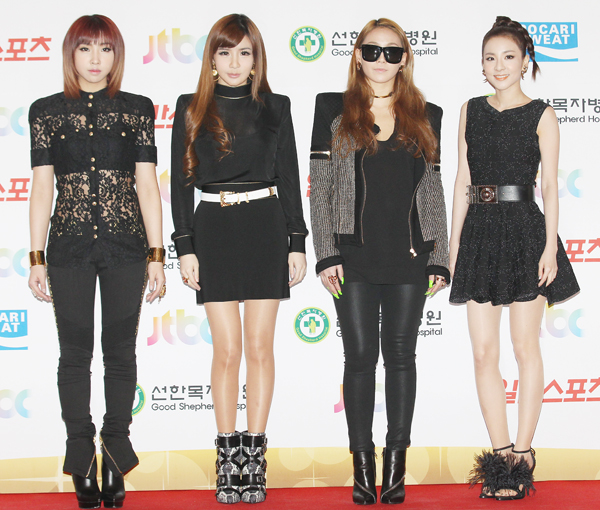 Girl group 2NE1 has taken the No. 1 spot on the Gaon Singles Chart for March.

According to data from the Gaon Music Chart yesterday, the four-member group received 55,739,833 points for “Come Back Home,” which is one of the double-lead tracks off their latest album, “Crush.”

The Gaon Music Chart judges the digital popularity of songs, mainly through the number of times they are downloaded and streamed. Korean music websites such as Bugs, Melon and Naver Music supply data to help the chart create its rankings.

“Come Back Home” infuses various genres such as reggae and hip-hop to make a unique and upbeat sound. It was produced by Teddy, the main producer at 2NE1’s agency, YG Entertainment.

When the tune was released in March, it topped most of the online music charts in Korea. It also did well on iTunes’ international chart.

In addition to “Come Back Home” another two songs on the album, “Gotta Be You” and “If I Were You,” also charted in Gaon’s top 10 in March.