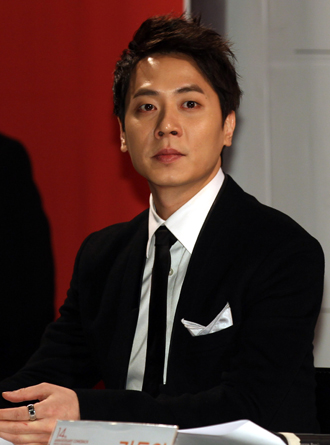 Andy Lee from pioneering K-pop group Shinhwa sparked controversy among fans due to his plans to hold a fan meeting in China, according to local reports yesterday.

Yesterday his agency, TOP Media, announced the event would be held on May 17 in China, while being careful to deny it was an “official” comeback. “

The event was arranged due to the requests of local fans,” TOP Media said.

But with Korea still reeling from the Sewol ferry disaster, many criticized the star for announcing the event now.

Andy has been under the microscope since getting embroiled in an illegal gambling scandal last year.

Making the current criticism sharper was the perception that Andy was breaking a promise to return with Shinhwa for their new album later this year.

The agency later emphasized that the May meeting would be a “one-time event” and was something that “had been considered since long before the Sewol disaster.”