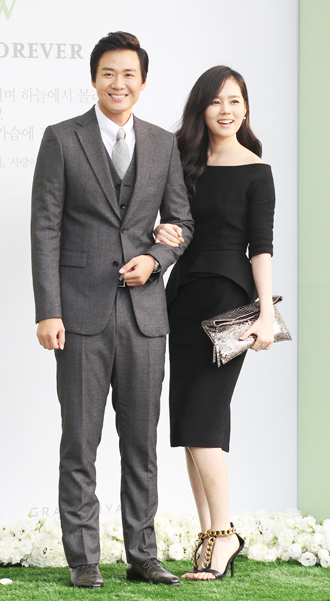 “We are very cautious about telling the news because of the deep grief the nation is under,” said Yeon’s agency, All Round Entertainment.

“Yeon also said that he doesn’t want to make a fuss out of the news and will just celebrate it quietly with his family.”

Local media reported that nothing more is known about the baby except that Han is seven months along.

The couple, who met in 2003 through the KBS drama “Yellow Handkerchief,” tied the knot in 2005 after two years of dating.

Han, whose latest project was the movie “Architect 101” in 2012, is said to be focused on her prenatal education and Yeon is preparing for his next TV series.