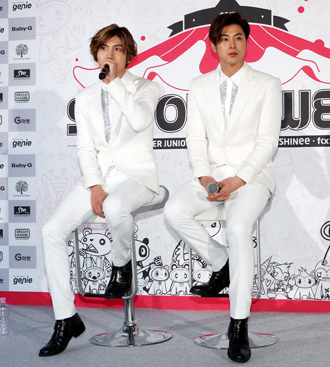 Their first destination on the tour was Yokohama Arena, and they will travel to 10 more cities for 28 performances, including Osaka, Nagoya, Miyagi and Sapporo.

Fans are especially excited about the coming performances at the Tokyo Dome in May, where they will take to the stage four times, as it is the first time a foreign artist has played there three years in a row.

Meanwhile, the group’s latest Japan-released album, “Tree,” set a record by topping Oricon’s daily chart on the day of its release, followed by becoming No. 1 on the weekly chart, as well as March’s monthly chart.