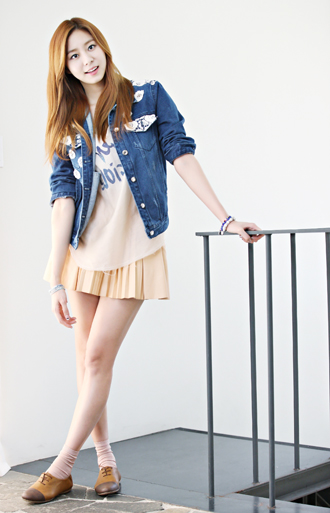 Singer-actress U-ie from the K-pop girl group Afterschool will join the SBS reality show “Law of the Jungle,” according to local reports yesterday.

The singer will reportedly join the program’s 14th destination, a trip to the Indian Ocean, which starts shooting next month.

Other participants in the episode will be finalized after the producers return from scouting locations.

The 26-year-old singer, whose real name is Kim Yu-jin, finished shooting the MBC drama “Golden Rainbow” in March. She has been resting and appearing only occasionally on TV since then.

U-ie recently said she wants to focus on acting instead of singing these days.