Baek-hyun to star in classic musical

Baek-hyun to star in classic musical 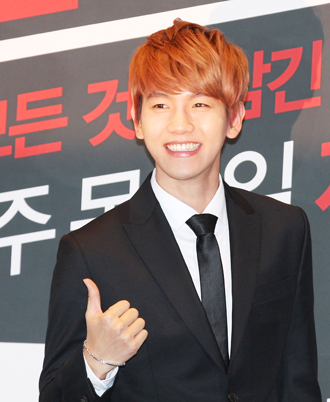 Byun Baek-hyun, from the leading K-pop group Exo, will take on the role of the male lead in a new musical production of “Singing in the Rain,” according to local reports yesterday.

The 21-year-old singer, who will be the first member of the 12-man group to star in a musical, will play Don Lockwood, the iconic role that Gene Kelly made famous in the 1952 movie that shares the same title as the play.

The film was first adapted for the stage in 1983 in London. This production of the musical is being put together by SM Culture and Contents, a subsidiary company of SM Entertainment, the label behind Exo.

Other SM-based entertainers have also confirmed they will appear in the production, including Kyu-hyun of Super Junior and Onew of SHINee.