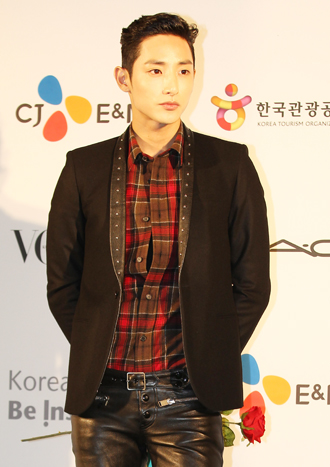 Model turned actor Lee Soo-hyuk, of the movie “The Boy From Ipanema” (2010), has been cast in the new tvN drama “King of High School” (working title), according to local reports yesterday.

Lee will play Jin-woo who is adored by female colleagues at work for his sharp look.

But unlike his guy-who-has-everything image, he is coldhearted due to family problems.

Earlier this month, actor-singer Seo In-guk from “Respond, 1997” (2012) and actress Lee Ha-na were also cast in “King of High School.” The three characters will reportedly be involved in a love triangle.

The new drama is scheduled to begin airing in June.