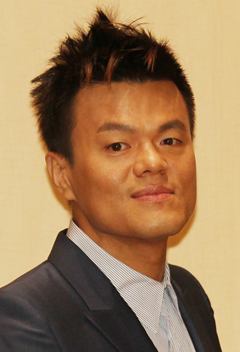 Leading K-pop agency JYP Entertainment said in a statement yesterday it is true that Park Jin-young’s wife is the niece of Yoo Byung-eun, the de facto owner of the sunken ferry Sewol, but that there was no illegal financial flow from Yoo’s Christian cult coming into the company. The move was made to dispel rumors online that allege a cozy relationship between JYP Entertainment and Yoo Byung-eun’s Christian cult, also known as “salvation sects.” Yoo was reportedly the leader of the cult. Prosecutors have summoned Yoo for questioning over allegations that he neglected his duty and embezzled funds.

A few online accounts wrongfully claimed that the Financial Supervisory Service had begun investigating the case between Yoo’s company and JYP Entertainment based on evidence that there was illegal influx of 500 million won ($483,325) from Yoo’s religious group to JYP.

“There has never been any kind of illegal financial transfer to the company, not even a cent. We admit that his wife is Yoo Byung-eun’s relative, but Park, on the other hand, does not subscribe to any particular religion,” a JYP official told the Korea JoongAng Daily.

The agency said that there has been no investigation by the FSS and added that it might take legal action against the rumor.