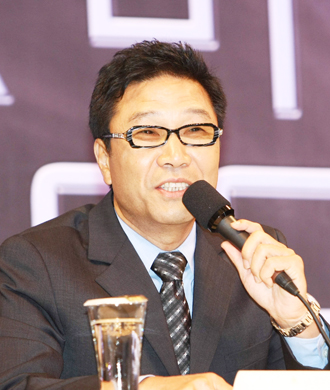 K-pop pioneer Lee Soo-man, the chief executive of SM Entertainment, donated 1 billion won ($966,650) to the Red Cross on Monday to help the families of the victims of the Sewol ferry disaster.

“I feel very sorry for the victims and their families, as they [passed away] without fulfilling their dreams. As a parent and [producer] who has shared the hopes and dreams of those young ones, I will seek to reach out to those families in a sustainable way,” Lee told the Red Cross. The money, according to the organization, will be sent to the families soon.

SM Entertainment has been actively engaged in corporate social responsibility projects over the years. SM artists, including Super Junior and f(x), have promoted a blood-donation campaign with the Red Cross. And in September, SM signed a memorandum of understanding with Samsung to help multicultural families in Korea have better access to educational resources.

Meanwhile, Exo, one of the leading players in the agency, has postponed its comeback schedule in light of the tragedy. Their new album, “Overdose,” is slated to be released next month, though SM still hasn’t confirmed when it will hit stores.