Kim and Yu reunite for ‘Friend’

Kim and Yu reunite for ‘Friend’ 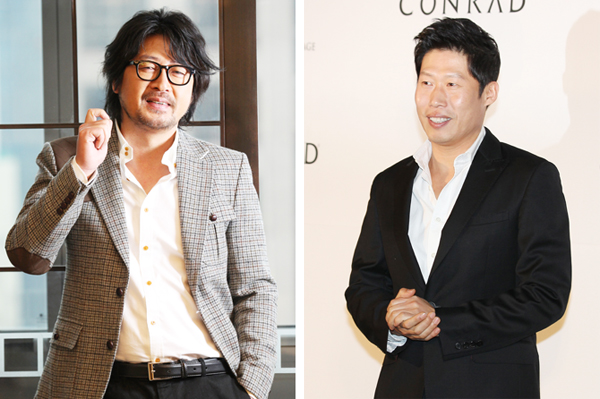 Kim Yun-seok and Yu Hae-jin, top-notch actors from Korea’s silver screen, are set to team up with director Kwak Kyung-taek for the gangster film series “Friend.”

According to industry insiders yesterday, Kim and Yu decided to join Kwak for the upcoming buddy cop film tentatively titled “Confidential Investigation.” The story follows one detective’s relentless effort to track down a kidnapper. The movie is based on a true story. Kim is set to play the police officer, while Yu’s character is a shaman who helps the detective by providing clues to the case.

Kim and Yu have a lot of common ground: both launched their acting career on the stage, starring in a variety of productions in their 20s. Kim rose to fame following “The Chaser” (2008), while Yu was recognized for “The King and the Clown” (2005).

The collaboration of the two actors has gained a significant amount of attention. It is the second time they will star alongside each other following their recent turn in “The War of Flower” sequel.