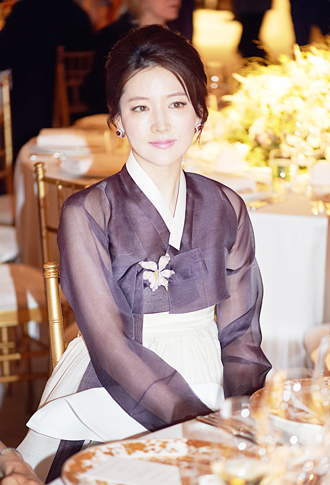 After the media frenzy over the “Dae Jang-geum” sequel, Actress Lee Young-ae finally shared her thoughts on the project to reporters during an interview held in Hong Kong, last week.

“I appreciate Chinese fans’ supports over ‘Dae Jang-geum’ series,” said the 43-year-old to the press. “But at the same time, I’ve been under huge pressure, as we need to come up with better results than the first season. I think there should be a synergy between the actors and the production team.”

Then Lee hesitated to confirm her plan for the new drama. “I am still thinking about it. There’s nothing settled at the moment,” noted the “Dae Jang-geum” star.

First aired in 2003, the program has been broadcasted across Vietnam, Thailand, Malaysia and other parts of the world over the decade, e
arning great support, especially from China and Iran.

Lee will once again play the older version of the Seo Jang-geum character, and this time she will return with her own daughter.

The original story in 2003 featured Jang-geum’s journey to become the first female physician to a king of the Joseon Dynasty (1392-1910). As it depicted universal values like love, friendship and family, the series gained stunning success across the world.

MBC did not release detailed information about the sequel, but rumor has it that producer Lee Byung-hoon of the first season might lead the crew again.