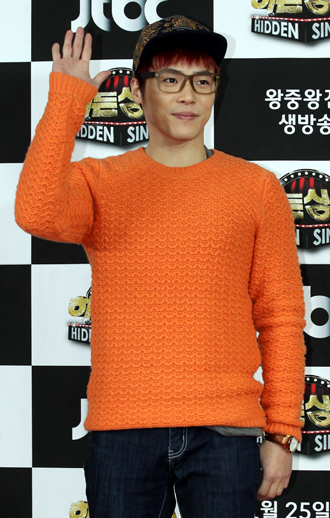 After a long hiatus - two years and seven months - from the Korean music scene, balladeer Wheesung will make a comeback on May 12 with a new mini-album, “The Best Man,” according to local reports yesterday.

The new album will feature seven tracks, including the lead-off track, which is titled “Night and Day.”

According to the singer’s agency, YMC Entertainment, Wheesung wrote and composed the tracks, and he also produced the album.

Lyricist Kim Do-hoon, who generated a number of Wheesung’s hit tracks, including “With Me” and “Incurable Disease,” also participated in the album.

Although the 32-year-old singer hasn’t appeared on a music program for a considerable time, in the JTBC’s audition-survival program “Hidden Singer,” many of his representative songs have been revisited by contestants.

After the show, ballads such as “With Me,” “Heart Aching Story” and “Even Thought Of Marriage” were spotted high up on online music charts.

Wheesung’s last release was “The Guys Are Coming,” which was released in 2011.