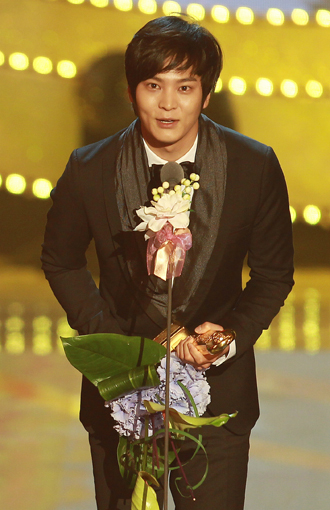 Actor Joo Won was recently cast in a new Korean-Chinese film “Xiao You Qiao Mu,” according to local media on Tuesday.

The movie will be invested and distributed by one of China’s biggest production and entertainment companies, China Film and Yuehua Entertainment.

The film’s synopsis will be based on an online novel that has been viral among Chinese Internet users about a love story between a girl and three boys. The film will be directed by Jo Jin-kyu of “Man on the Edge” (2012).

The lead roles will be played by Joo Won and a prominent Chinese actor, Han Geng, who also starred in the new Hollywood blockbuster “Transformers: Age of Extinction.”

“Partnering with the most competent companies in China, we are hoping that Joo makes a synergy effect with his acting skills in the movie,” said Lee Sang-kyu, the representative of Yuehua Entertainment’s Korean branch.