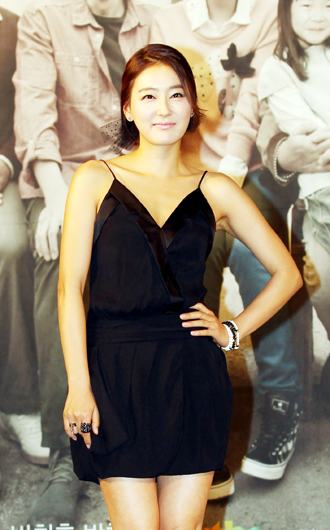 Veteran actress Park Jin-hee tied the knot at the Hotel Shilla in central Seoul yesterday but did not invite the press for her wedding as “the country is still mourning over the tragedy of the sunken ferry Sewol.”

“I feel very sorry to announce that I am getting married, as there are so many people who are still missing their loved ones in the deep sea, we hope you understand,” said the 36-year-old through a press release, adding that the couple is only planning to invite a few family members to the wedding.

Park developed a romantic relationship with a 31-year-old lawyer, whom the actress was introduced to last year when she was still shooting the MBC drama “Hur Jun, the Original Story.”

The couple dated for about 11 months before deciding to get married.

Park, who launched her career as a teen actress in 1997, has been actively engaged in TV dramas over the last few decades.

In 2007, she starred in the much-celebrated SBS drama “War of Money” with actor Park Shin-yang, and three years later appeared in the 60-episode SBS drama “Giant,” which won her a Best Actress award at the 2010 SBS Drama Awards.