Boy band is big in Japan

Boy band is big in Japan 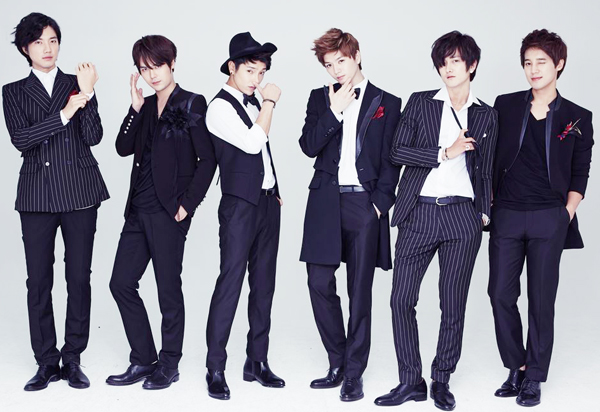 Six-member boy band Supernova celebrated their 5th anniversary of their debut with their Japanese fans at the Makuhari Messe International Complex in Chiba, Japan, on Saturday.

On Saturday, about 15,000 fans gathered in the event hall to celebrate their achievements throughout the past years. Fans applauded for the group as they featured their new song from the latest album “5 Years Best -BEAT-” for the first time.

Comprised of Kim Sung-je, Kim Kwang-soo, Song Ji-hyuk, Park Geon-il, Jung Yoon-hak and Yoon Sung-mo, Supernova released their first album in Sept. 2007. After releasing one more studio album in the same year, they focused on broadening their career in Japan from 2009.

Compared to other K-pop idols that occasionally visit Japan for album promotion, Supernova followed a unique path, as they moved their base to the archipelago and have been more active in Japan than in Korea.

“Currently, we have a lot of projects that we’re working on in Japan. So it will be hard to focus on the Korean market at the moment,” said their agency official to the local media.

According to Japanese media, the group will hold a concert in July at the Nippon Budokan in downtown Tokyo, where some A-list musicians like the Beatles and TVXQ frequented over the years.