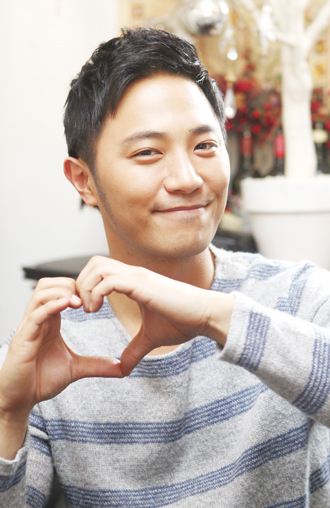 Actor Jin Goo announced he will get married in September to his fiancee, who he first mentioned on the popular MBC entertainment show “Infinite Challenge” last winter.

Jin was invited onto a December episode of the program, alongside other celebrities like Sunny of Girls’ Generation, to celebrate a “lonely Christmas” with the hosts.

“Actually, I’ve had a crush for a while, but I wasn’t able to confess my true feelings to her. I’m kind of an introverted person,” said the actor at the MBC studio in Goyang, Gyeonggi last year.

When asked to present an item for auction during the “Infinite Challenge” party, he gave a gold ring and noted, “I don’t need this ring anymore, because I can’t give it to the person [who I was supposed to give it to].”

The actor then shared his unrequited love story.

Much attention has been shown to the news of Jin’s wedding because it has only been a month since he made his relationship public.

Many Koreans still recognize Jin from the 2003 drama “All In,” on which he played the younger version of Lee Byung-hun’s character. In 2005, he also co-starred with Lee in the noir film “A Bittersweet Life.”