Lee Joon rumored to star in ‘The Guest’

Lee Joon rumored to star in ‘The Guest’ 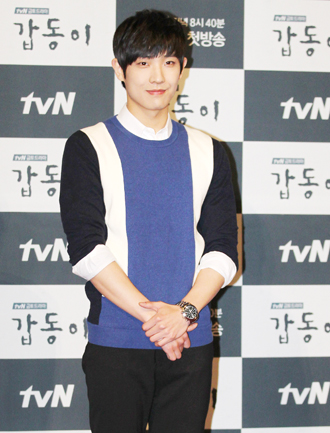 Singer and actor Lee Joon of the K-pop boy band Mblaq seems to be busy expanding his filmography this year.

His agency J-Tune Camp admitted yesterday that Lee is considering appearing in Kim Kwang-tae’s new film “The Guest.” Lee, who has received critical acclaim for his recent tvN drama series “Gapdong,” will play the son of the village chief, played by actor Lee Sung-min of the recent film “Broken.”

The news sparked great attention in the film industry, as the K-pop idol will be starring with award-winning actor Ryu Seung-ryong.

“The Guest” follows Ryu’s character, who happens to stay in a mysterious town in the countryside shortly after the 1950-53 Korean War.

Aside from Ryu and Lee, actress Chun Woo-hee of the popular independent film “Han Gong-ju” has also joined the film.

The film will start shooting the first scene by the end of this month.