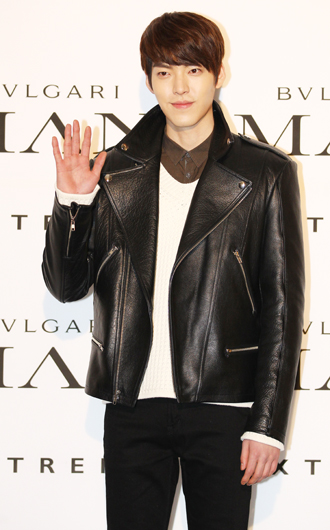 Actor Kim Woo-bin of the SBS drama “The Heirs” is no longer dating model Yoo Ji-ann, according to his agency Sidus HQ on Wednesday.

“Both of them have been quite busy these days, so naturally, they weren’t able to talk to each other as often as they used to,” noted an agency official to local media. “Therefore, Woo-bin and Ji-ann decided to go back being good friends; they will support each other as good colleagues in the future.”

The couple has been in an exclusive relationship for about three years, focusing on their careers on the runway. From 2012, Kim was more actively engaged in television, and has appeared in different dramas, including “School 2013” and “The Heirs,” which helped him to become the hottest star in the entertainment industry.

He has been nominated as the best new actor in the film “Friend 2” at the 50th Annual Baeksang Arts Awards on May 27.