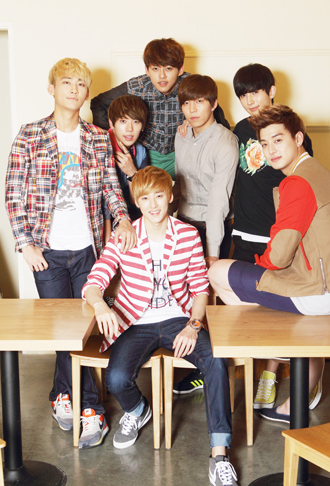 K-pop boy band U-Kiss will recruit a new member to replace Dong-ho, who left the group in November.

The group’s agency NH Media recently held an audition for the new member, who will join the team for the upcoming album.

“We’ve finished filming a music video for the new album,” said NH, adding that the new member has special talents in rapping and dancing.

Throughout the six-year career, the group has gone through several changes in its members.

After Dong-ho’s departure, U-Kiss is now comprised of Soo-hyun, Ki-seop, Eli, AJ, Hoon and Kevin. But as AJ (Kim Jae-seop) prepares to study at Columbia University in New York, NH Media is planning to promote the new album with just five members, plus the new member.

Their new album will hit music stores next month.