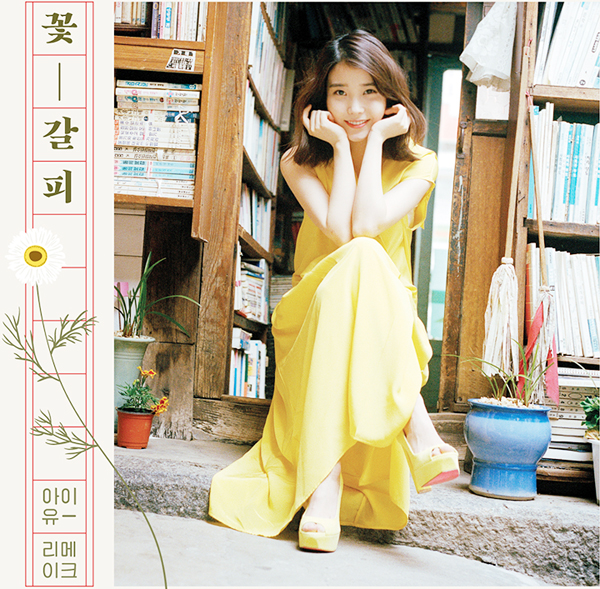 Singer IU’s remake album “Flower Bookmark,” released Friday, has taken over Korean airwaves, with most of its tracks dominating the online music charts.

As of noon yesterday, the lead single “My Old Story,” originally sung by veteran singer Jo Duk-bae, had remained in the No. 1 spot for three consecutive days on nine of the online music charts, including Melon, Mnet and Olleh Music.

“When Love Passes” and “The Meaning of You,” featuring Kim Chang-wan, also made it into the Top 10.

“Flower Bookmark” is IU’s first tribute album and features seven covers of classic Korean pop songs. It is rare for remake albums - which are usually not accompanied by live musical performances - to gain so much public attention.