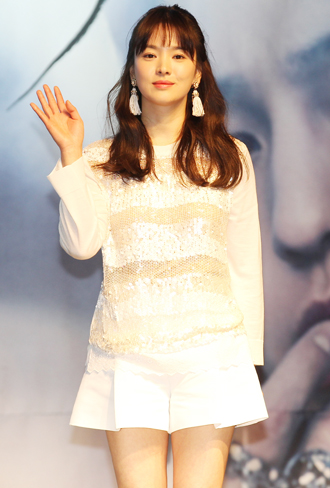 Korean actress Song Hye-gyo attended a press conference on Saturday at the Cannes International Film Festival for her up-and-coming Chinese movie “The Crossing,” according to local reports.

“There was not much difference between filming in Korea and in China,” Song said at the press conference. “There were some awkward moments since I was a foreigner, but the staff and actors were kind enough to help me out in those moments.”

When asked about what it was like to work with famed director John Woo, Song said, “He is like a father figure to me whom I can rely on. He went through my acting step by step.”

“The Crossing” is based on the 1949 Taiping tragedy and tells the story of three young couples onboard. The Taiping was a Chinese steamer that sank in 1949 after colliding with another vessel. More than a thousand people lost their lives in the incident.

The drama’s domestic release has not yet been determined.