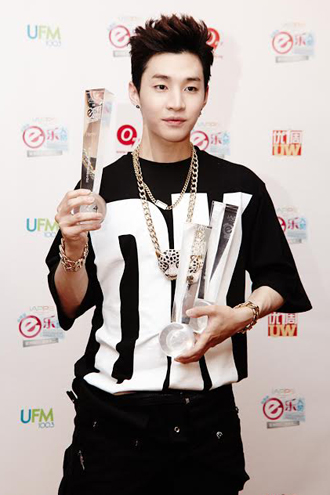 K-pop boy band Super Junior and Henry from its Chinese subunit Super Junior-M received a total of five prizes at the sixth “Singapore Entertainment Award” that took place on Saturday in Singapore.

Super Junior won three awards including in the “Most Popular Korean Artist” category and Henry, who has been pursuing a solo career since last year with his solo album “Trap”, received the “Best New Artist of Asia” and “Most Popular K-Pop MV” awards.

Henry performed three of his solo songs “Trap,” “1-4-3” and “Holiday,” for the event’s celebratory stages.

“I am so happy to receive this many awards. I appreciate from the bottom of my heart and will show you good music and performance from now on,” said Henry during the event.