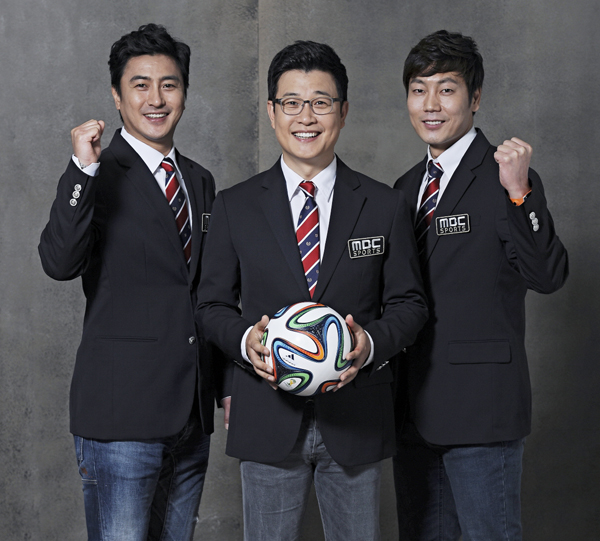 Announcer Kim Sung-joo and former footballers Ahn Jung-hwan and Song Chong-gug will act as commentators for the Korean games at the 2014 Brazil World Cup, according to local reports yesterday.

TV channel MBC said that they will implement an unprecedented three-person system - one broadcaster and two commentators - to deliver commentary on Korea’s games taking place at Brazil.

The three will have a trial broadcast at a warm-up match with Tunisia on Wednesday followed by several major games, including the nation’s first World Cup match against Russia on June 18.