Crayon Pop to open for Gaga

Crayon Pop to open for Gaga 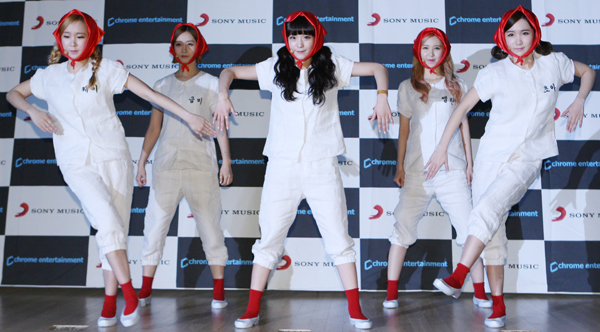 Crayon Pop’s opening performance will be followed by Lady Gaga, who will be headlining an upcoming music festival “AIA Real Life: Now Festival 2014,” that is scheduled to be held on October 16 in Jamsil Stadium, southwestern Seoul.

Previously, the quirky five-member group was invited to perform in the opening stage of Gaga’s North America tour “artRAVE: The ARTPOP Ball,” from June 26 to July 22.

In both concerts, the group will take to stage to perform some five to six of their hit tracks including “Bar Bar Bar” and “Uh-ee.”