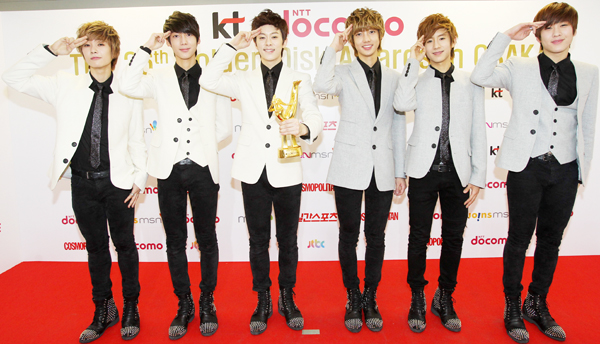 Korean boy band Boyfriend will resume activities in the local music scene after a year and five months of focusing on Japan, according to local reports yesterday.

The group’s agency, Starship Entertainment, announced yesterday in a statement that Boyfriend will make a comeback in June and also uploaded a teaser video on its official YouTube channel.

The video showed footage of the six members being welcomed by global fans at concerts in Japan, the United States and South America.

“Boyfriend is finally ready to release its second mini-album in Korea,” the agency said.