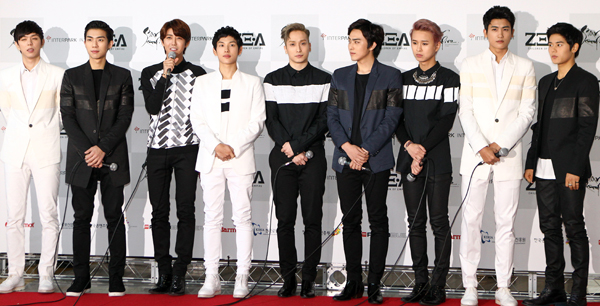 “We’re confident that fans will be able to check out how much they have grown up over the year,” said an official at their agency, Star Empire. “Compared to other idol groups, ZE:A’s new album will not emphasize strong beats.”

While Kwang-hee rose to fame as a hilarious TV personality, Hyung-sik, 22, appeared in the MBC reality show “Real Men” and expanded his career as an actor by appearing in the SBS drama “The Heirs” (2013). Si-wan, on the other hand, has established himself as a strong newcomer in the film industry with a prominent role in last season’s megahit movie “The Attorney.” He’s currently filming the MBC drama “Triangle.”

The new album is scheduled to be released June 2.