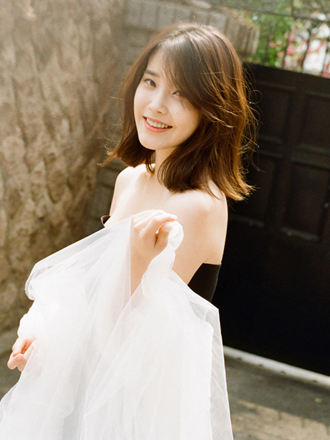 Shortly after dominating the local music charts with a newly released tribute album “A Flower Bookmark,” singer IU proved her presence as a musician in her small-theater concert “Just a step closer… Just That Much,” last weekend.

Held in Sogang University’s Mary Hall in western Seoul, which only accommodates 455 people maximum, the 21-year-old singer-songwriter interacted with her fans for over two hours, by singing acoustic versions of her bestselling singles such as “Good Day” to “You & I.”

IU’s move to perform in a small theater was considered quite smart of her, since K-pop idol stars of her age tend to aim for large stadium concerts to promote how big they are. IU, however, chose to concentrate on delivering her music to a small audience to once again establish her identity as a strong vocalist.

She also revealed live versions of her tribute album. Her concert ends on Sunday night.