MBC’s idol games are back

MBC’s idol games are back 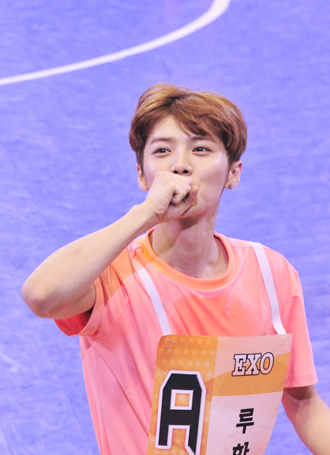 More than 100 Korean pop idols gathered at a gym in western Seoul on Monday to participate in the annual MBC idol sports event.

After previously picking track, high jumping and archery, MBC chose futsal, a version of football that is usually played on a smaller field, to celebrate the upcoming World Cup in Brazil.

Some high-profile K-pop artists took part in the games, including members from Exo, Beast, Infinite, ZE:A, Miss A and Afterschool.

The most notable player was A team’s Lu Han (from Exo-M), who succeeded in scoring four goals.

SHINee’s Min-ho, who plays on a football team on KBS’s sports entertainment show “Cool Kiz on the Block,” scored twice and contributed to A team’s victory.

But some fans were concerned about K-pop idols participating in the show as a few singers, such as Seol-hyun of the all-female group AOA, have suffered serious injuries in the past.

The games will air next month.