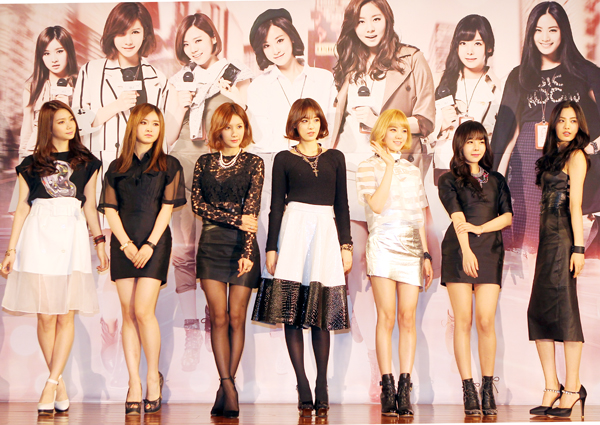 “We were asked to prepare a placard to cheer for the girls,” read an announcement on a webpage that supports Raina, a 25-year-old group member who joined in 2009.

“Although it was impossible to come up with a placard [because of the time limit], some fans gathered to make one, staying up all night,” the message said. “But we were very offended at the fact that both the agency and the singers did not even bother to appreciate our efforts.”

Some major online communities supporting the eight-member band shut down to show their anger toward the group and its agency, Pledis Entertainment. Fans said the agency is unwilling to communicate with them.

Raina said sorry to her fans via Twitter on Wednesday. Pledis stated, “We are sorry for what happened; Pledis will do its best to respond to your feedback in the future.”