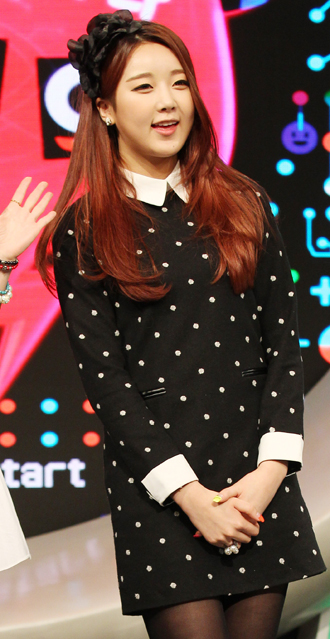 Subin is currently in the recovery phase after receiving open reduction and internal fixation surgery, which fixes broken bones, at one of Seoul’s hospitals.

On May 23, the 20-year-old singer got into a car accident on her way from Busan to Seoul when her van overturned on a highway near Ulsan after hitting a median strip on a curve.After she was carried to a nearby hospital, it was revealed that she had a wrist fracture and bruises on her waist.

Her manager, who was behind the wheel at the time, was reportedly diagnosed with a broken collarbone.

“For the nearest schedule in China and Dream Concert in Seoul, we are going to perform as a five-member group,” said the agency.

“Subin is currently in a state where she cannot do any dance moves, so the schedule for Subin is going to be canceled and she will focus on her recovery.”