Exo-K is number one

Exo-K is number one 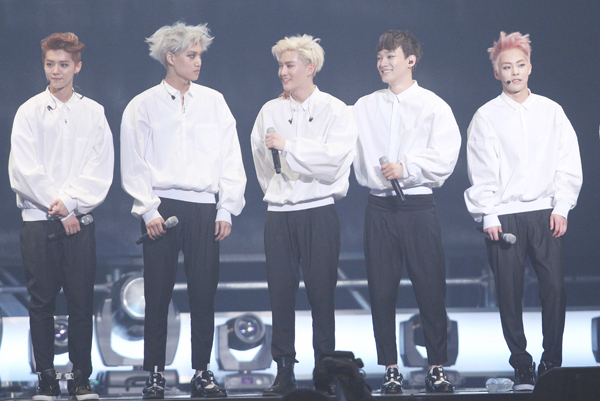 Boy group Exo-K has been crowned with the No. 1 prize in the SBS live music program “Inkigayo” for three consecutive weeks.

The show, which aired yesterday, had two more candidates – boy band Infinite’s “Last Romeo” and Fly to the Sky’s “You You You” – competing for the first place, but the prize went to Exo-K.

Since the six-member group wasn’t able to make it to the program due to their overseas schedules, the program’s hosts Lee Yu-bi and Gwang-hee from Z:EA said “We will deliver the prize to Exo,” and also sent a congratulatory message to the group’s members Su-ho and Baek-hyun, who are also MCs for the program.