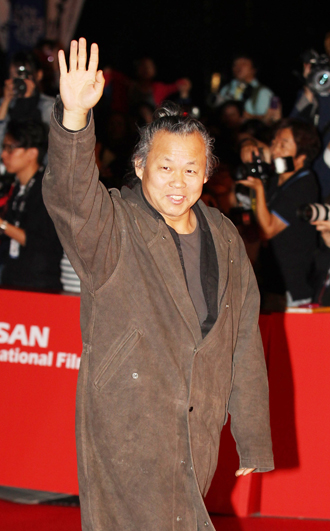 Acclaimed director Kim Ki-duk’s 11th production, “One on One,” has been invited to Venice Days, an autonomous segment of the International Venice Film Festival, according to local reports yesterday.

The movie’s overseas distributor, Fine Cut, reported that “One On One” was selected as one of the opening acts of the Venice festival, which makes it the third time for Kim and his work to be invited to Venice.

Venice Days was launched in 2004. It is modeled on the Cannes Directors’ Fortnight of the Cannes International Film Festival, and is overseen by the Italian Filmmakers Associations ANAC and 100autori. Every year, it invites 12 feature-length films and selects one winner to take the Europa Cinema Label, which is only given to movie produced in Europe. It is the only competitive part of the event.

Kim’s latest work “One on One” traces the footsteps of seven murder suspects after a high school girl was ruthlessly killed. The cast includes Ma Dong-suk, Kim Young-min and Lee Yi-kyung.