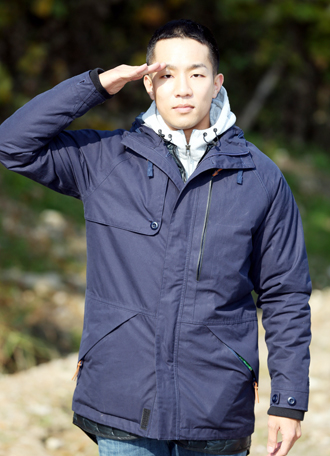 Hip-hop group Mighty Mouth’s Sangchoo, whose real name is Lee Sang-chul, is in an exclusive relationship with a female dentist and is set to marry her, according to local media reports yesterday.

“After being discharged from the Army, Sangchoo is planning to marry his year-older girlfriend who he has been dating for a long time,” said one industry insider. The girlfriend is reportedly a graduate from Seoul National University’s department of dentistry.

In May, Sangchoo uploaded a long post about controversy that arose last year regarding his alleged visit to an adult massage parlor in Chuncheon in June 2013, while serving in the military. In the post, Sangchoo said, “I have never in my life committed anything illegal,” and explained that he could bear being criticized alone but that seeing people around him suffer because of something he hasn’t done is intolerable, which is why he decided to step forward and explain the situation.