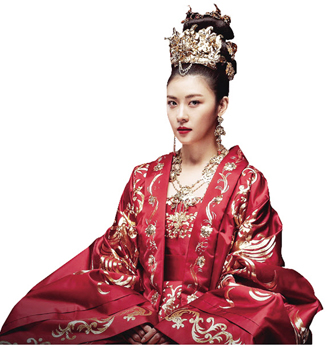 Actress Ha Ji-won had a fan meeting in Taipei yesterday to promote her latest MBC drama “Empress Ki,” which has been airing on local television since Wednesday. It was her visit to the city in seven years.

Ha is considered one of the Korean Wave pioneers in the Asia-Pacific region, especially in mainland China, Hong Kong and Taiwan, where her previous TV dramas like “Secret Garden” (2010) garnered high viewership over the years.

“Empress Ki” will be aired in prime time nationwide. The drama won 33.9 percent viewer ratings in Korea, which is considered very high.

After Taiwan, Ha will head to Japan on June 28 to continue the international promotion.

In the meantime, she will be filming “Chronicle of a Blood Merchant,” the much-awaited film directed by actor and filmmaker Ha Jung-woo, based on Chinese author Yu Hua’s 1995 novel of the same title.