Jeon Do-yeon starts on ‘A Bastard’

Jeon Do-yeon starts on ‘A Bastard’ 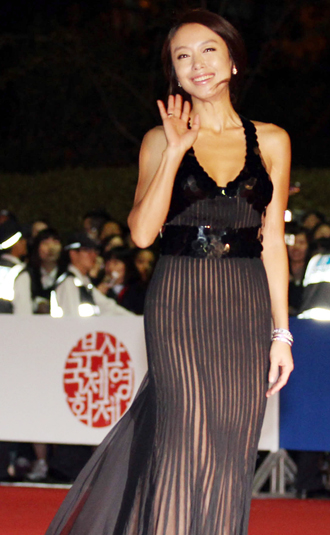 Shortly after coming back to Korea from Cannes, actress Jeon Do-yeon started filming her new movie “A Bastard,” which will be directed by Oh Seung-wook, who wrote the classic Korean romance film “Christmas in August” (1998).

The actress, who was selected for the main competition jury for the 67th annual Cannes International Film Festival, along with director Jane Campion, Sofia Coppola and Nicolas Winding Refn in May, will be playing a character named Hye-kyung in the new film. Joining her is actor Kim Nam-gil of the MBC drama “The Great Queen Seondeok” (2009), Hye-kyung’s boyfriend who runs away after being accused of murder.

Having debuted in 1990 as a model in TV commercials, Jeon has widened her horizon over a 24-year career that won recognition from international film critics. In 2007, she won the Best Actress award at Cannes for the film “Secret Sunshine,” in which she played a mother who questions the meaning of religion under the direction of accomplished filmmaker Lee Chang-dong.