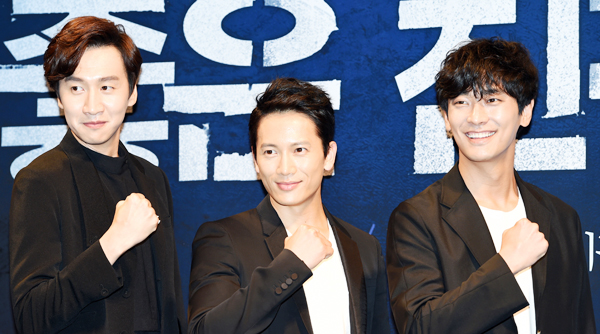 “Ji-hoon is definitely a good friend of mine!” smiled actor Ji Sung at his co-actor Ju Ji-hoon during a press conference yesterday held for the new film “Good Friends” in Apgujeong, southern Seoul.

Ji Sung, who won critical acclaim for his latest KBS drama “Secret Love,” added, “We were able to develop a true friendship throughout shooting the movie, just like our characters in the story.”

The film explores how a suspicious arson case makes three good friends deal with unexpected drama and a bloody conspiracy.