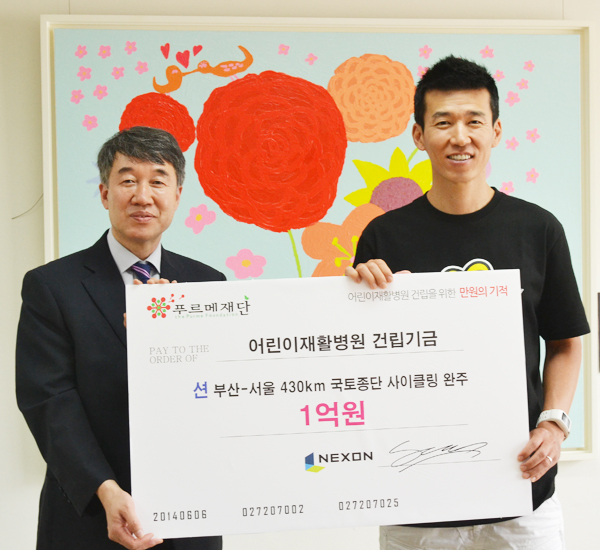 Rapper, entrepreneur and music producer Sean Ro, of ’90s hip-hop duo Jinusean, donated 100 million won ($98,396) to the Purme Foundation, an NGO that focuses on providing rehabilitation services to disabled people. He was able to raise another 4.3 million won from an 18-hour fund-raising event in which he cycled between Seoul to Busan last week.

“Though there were moments I got exhausted, I tried to think about the [disabled] children around the country who often face poor medical treatments,” the musician told local media.

For the last decade, Sean has devoted himself to building rehab facilities by conducting various campaigns and donating a huge amount of money.

The facility for children with disabilities is under construction in Sangam-dong, western Seoul.