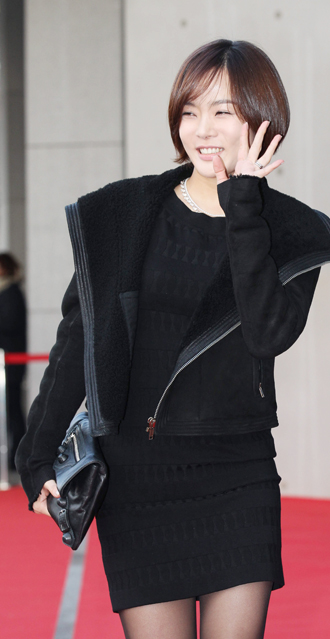 Actress Chae Rim will tie the knot with her Chinese boyfriend Gao Ziqi in October, according to local reports yesterday.

“According to a direct phone call with the actress, it is true that Chae is getting married,” said Chae’s agency Sidus HQ to Ilgan Sports, an affiliate of Korea JoonAng Daily.

“We don’t know the exact date, but they are going to get married in October,” the agency added.

Previously, the international couple went public with their romantic relationship in March by notifying the news through the Chinese microblogging webste Weibo.

Chae had posted “I appreciate everyone. The day that I have always dreamed of has finally come true.”

Meanwhile, Gao, 32, is a rising star in China who debuted in 2005 through a historical drama “Qin Wang Li Shi Min.”