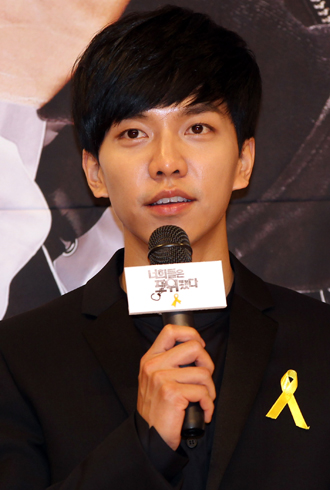 Singer and actor Lee Seung-gi is rumored to star in Park Jin-pyo’s film “She Who is Loved by Three Men” (working title), according to local media yesterday.

“Lee is going over the offer of the lead role,” said multiple movie insiders. “As long as there are no unexpected events happening, Lee will accept the role.”

The new rom-com film is directed by famed director Park, who is widely acknowledged for his meticulous depictions of various sentiments as shown in “You Are My Sunshine” (2005) and “Closer To Heaven” (2009).

Actress Moon Chae-won was previously cast as the female lead. Lee had previously worked with Moon on the SBS drama “Brilliant Legacy.”

The new rom-com will start shooting next month.