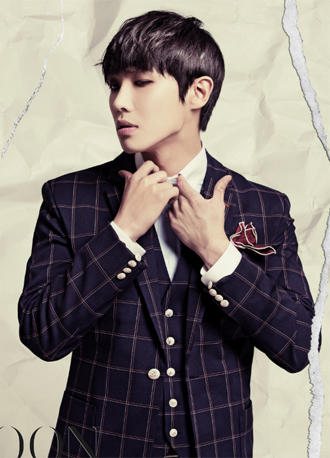 Singer and actor Lee Joon of K-pop boy band Mblaq has been selected to be part of the main jury in the 13th annual Mise-en-scene’s Short Film Festival, according to the event’s official website yesterday.

Lee is the first K-pop idol to sit on the festival’s 15-member panel. Throughout the event’s history, prominent Korean film stars such as Song Kang-ho, Choi Min-sik and Jeon Do-yeon have taken part as judges.

Joining Lee in this year’s edition is Kang Dong-won, Kim Sung-ryung and Han Ji-min. Together they will evaluate 57 short films in the competition.

Industry insiders noted that it is surprising for Lee to be asked to judge the festival, because it has only been five years since he launched his acting career through the Hollywood film “Ninja Assassin,” appearing as a younger version of singer-actor Rain (Jung Ji-hoon).
In 2013, Lee marked a turning point by appearing in “Rough Cut,” written and produced by Korean auteur Kim Ki-duk.

He was also nominated for the newcomer award at the 50th Baeksang Arts Awards in April.

The Mise-en-scene’s Short Film Festival runs from June 26 to July 2.