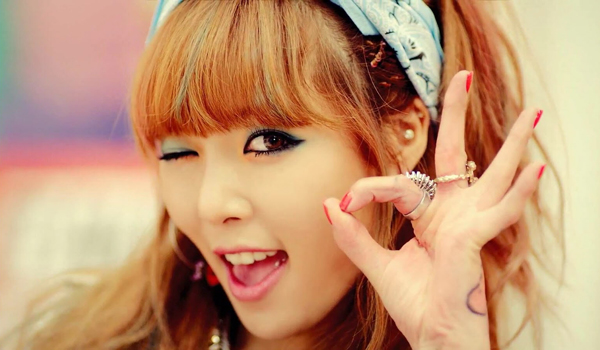 Hyun-A, of K-pop group 4Minute, was spotted shooting her soon-to-be-released album cover in downtown Seoul yesterday. According to her agency, Cube Entertainment, the 21-year-old is trying to give her style a makeover for the new album, from her clothing and make-up to her music and choreography.

Having debuted as a member of Wonder Girls in 2007, Hyun-A left the group a year later and formed a new group under Cube in 2009. As soon as she came back to the music scene, she gained popularity as a pin-up girl of the K-pop scene. In 2011, Hyun-A launched her first solo mini-album “Bubble Pop!” and a music video from it gained 70 million hits on YouTube.

The exact date for the album release hasn’t been confirmed yet.