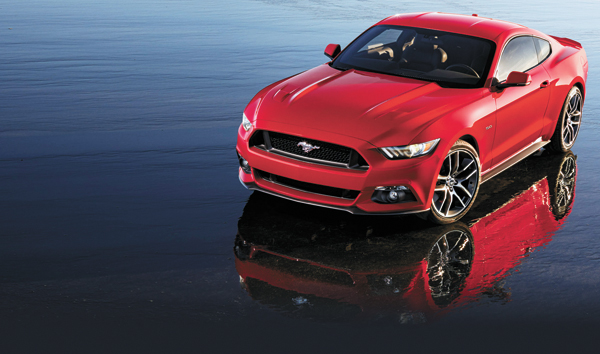 The Ford Motor Company is preparing to launch its latest Mustang in Korea at the end of the year. The 2015 Ford Mustang, which is the sixth generation of Ford’s pony car, was already unveiled in six cities across four continents last year.

“Ford Mustang inspires passion like no other car,” said Raj Nair, Ford group vice president of global product development. “The visceral look, sound and performance of the Mustang resonate with people, even if they’ve never driven one. Mustang is definitely more than just a car - it is the heart and soul of Ford.”

More than nine million Mustangs have been sold since Ford launched the first of its kind in 1964.

The all-new Mustang is a huge leap forward in terms of performance, refinement and fuel economy. Both the Ford Mustang fastback and convertible retain key design elements of the classic Mustangs, including the long sculpted hood and short rear deck. The new Ford Mustang has a low roof height and wide stance, and a sleek profile due to a steeply sloped windshield and rear glass.

The Ford Mustang convertible is equipped with the standard multilayer insulated cloth top that gives the car an upscale appearance and a quiet cabin. The top has a sleek profile when folded for open-air motoring.

Large, clear instrumentation enables the driver to efficiently check vehicle information in the cabin with an aviation-inspired cockpit, while ergonomic and tactile switches and knobs provide control. The vehicle’s width and new rear suspension allow passengers to be comfortable, and the trunk is large enough to accommodate two golf bags.

A variety of options offered by the all-new Mustang will satisfy different tastes of consumers in how the Mustang looks, drives and sounds. With the upgraded V6, V8 engines and an all-new 2.3-litre EcoBoost engine, Ford applied more state-of-the-art technology to the latest Mustang. 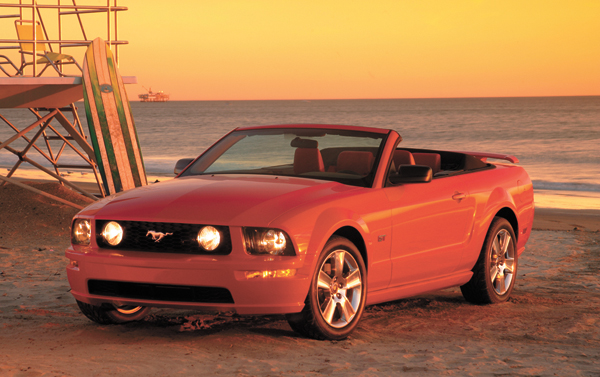 This year marks the 50th anniversary of Mustang’s launch. The 2015 Ford Mustang will include the galloping pony logo and the slogan “Mustang ? Since 1964” on its instrument panel to celebrate the historical significance.